Benjamin Jacob Poechman was born and raised on an organic egg farm in the foothills of Southern Ontario. With big mountain dreams and a passion for snowboarding he graduated high school and headed straight to Whistler. After five years of working seasonally to fund the adventurous winter pursuits of an aspiring professional snowboarder, he began to search for a better balance.

In 2017 Ben quit his job landscaping to explore a more soulful purpose. His first discovery was an apprenticeship at a stone carving studio in function junction. There he began creating stone “inukshuks” for an art gallery over the summer. Which led to full-time employment and eventually the skills he needed to create pieces harvested from his imagination.

The miracle of creative expression consumed him that first year, as he began to experiment and explore new mediums to share his dreams and inspirations. Ben first started painting watercolours for birthday gifts and random acts of kindness for friends and family. He later discovered acrylics, and canvas, as a whole new world opened up to him.

Now, Ben’s focus has shifted from “what” he is creating to “why”. With this newfound approach, he continues to find new ways to bring about positive change through each new series of work. While he continues to explore new mediums, the root intentions for his work run deep. 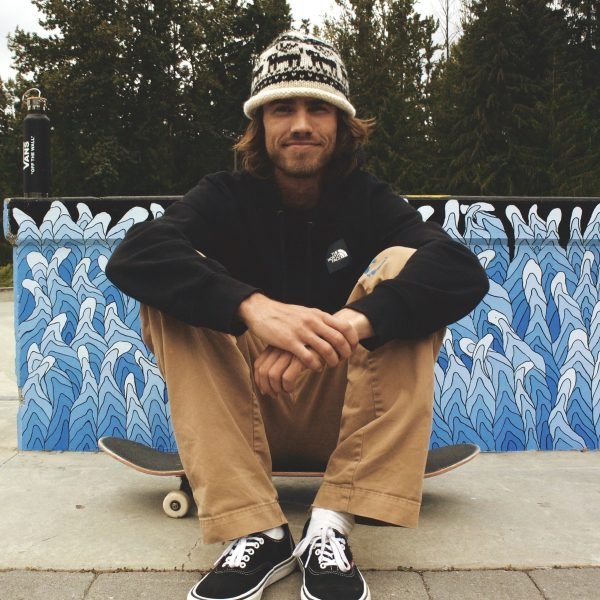