Angela’s Grandfather introduced her to oil painting as a child which influenced and inspired her. Although completing four years in an Abstract based school, she returned to realism. Painting natural forms and the effects of light, while observing compositional elements are what excites her passion for painting. Portraiture and Landscape are Angela’s primary focus. Angela has taught the French Academic Program part time for five years. Angela has spent years climbing, hiking, and skiing in wild places.

Graduate of the Victoria College of Art. Completed a four year program with Michael Britton at the Vancouver Academy of Art, and a four year program at a French Academy based private school in Toronto. Various workshops with American Artists including Robert Liberace, Yuqi Wang, and Michael Klein. Advanced studies with Michael John Angel of the Angel Academy in Florence.

Finalist in the Art Renewal Center (based in New Jersey) and won a Purchase Award. Published work in Strokes of Genius 6. Work selected for “Art Journey Portraits and Figures. “

Angela’s paintings are in private collections in Switzerland, Ireland, Australia, USA, and Canada. 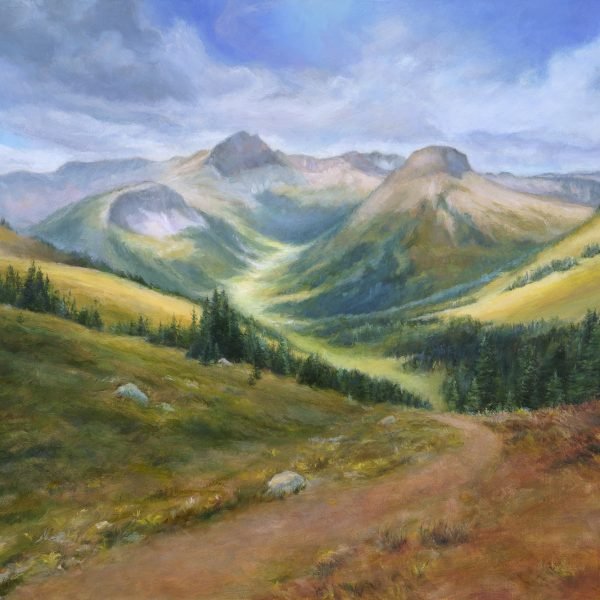 @friendlyliver will be hosting Intro to Relief Pri

Photographer @jake.climbs.photography will be host

Learn how to paint mountains in watercolour with @

Looking to pick up an indoor hobby that gets your