Layla Daire, the Chilean Ceramist, is currently enrolled in a Visual Arts Diploma at KPU.

She previously was a journalist in culture and art media but decided to put her hands in the mud. For seven years she ran a studio in La Serena, Chile, where she developed research on materials and forms in clay. She learned how to build with different body clays, and firing atmospheres and learned how to glaze in more than 1000 sample tile colours.

This work is a route to an inner sense of life. It’s the possibility of birthing and reproducing from simple forms to very intricate growing representations. It’s the connection of inert with life as we know it – a subtle bridge between mineral and organic kingdoms.

Squamish works as the most inspiring scenario for this exhibition. The mountain, the Chief, and the earth’s body are covered by a vivid layer of the creature, which spreads within and hugs this exuberant atmosphere. 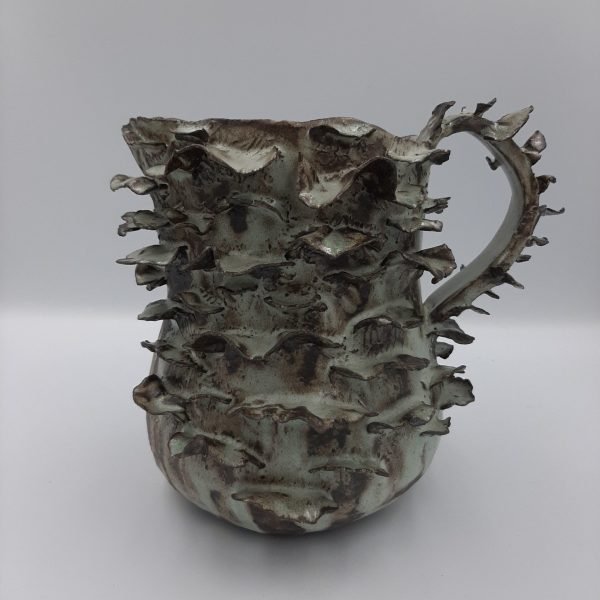