Dalia Shehata was born in Egypt and began drawing when she was 4 years old, her talent was recognized by her grandfather who signed her up for any available art & painting classes in one of the oldest Fine Arts Universities in the Middle east. After finishing her IGCSE’s Dalia then joined that very same Fine Arts University, where she studied costume and set design for the next five years with a minor in interior design. Being an entrepreneur she completed multiple diplomas in graphic design next to her university studies and started working as a graphic designer before graduation. She continued on that career path and became a prominent designer in the Middle East working with clients like the World Health Organization and Pepsico. She met her Canadian husband, Marcus, while he was working in Egypt and together after the Egyptian revolution moved to Oman where they began their small family and had two girls. They chose Squamish in 2016 as their home and built a small business, Happimess, with a focus on sensory play and art.

The mountain scenery inspired Dalia to dust off her brushes and start painting again, choosing acrylics as her preferred medium of expression, she also toys with acrylic pouring, a technique she uses to inspire creativity in both kids and adults in her art classes at Happimess. 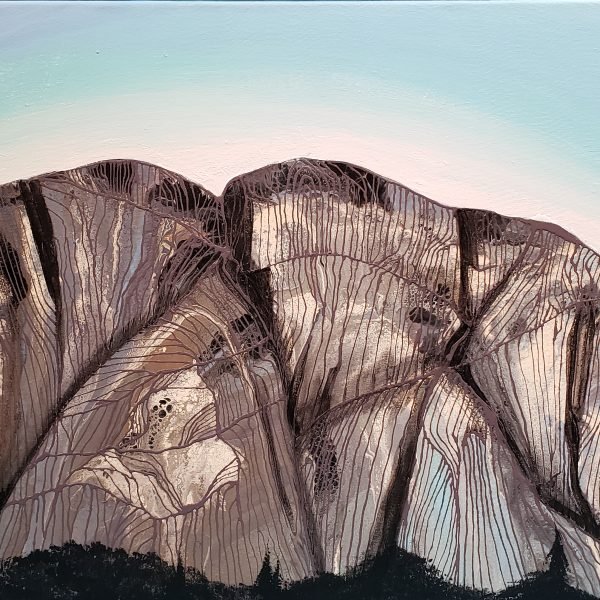